Tron DAO reserve, the organization behind the management of USDD’s reserves, has just announced that it has purchased $50 million worth of Bitcoin (BTC) and Tron (TRX).

The announcement of the purchase was made through the following tweet that also explained that the Bitcoin and TRX was ‘to safeguard the overall blockchain industry and crypto market.’

To safeguard the overall blockchain industry and crypto market, TRON DAO Reserve is buying $50 million worth of #BTC and #TRX for reserve.

USDD is Now Overcollateralized by 197%.

The $50 million purchase of Bitcoin and TRX by the Tron DAO reserve comes at a time when BTC is undergoing a considerable pullback to a local low of $28,099 set only moments ago. The daily BTC/USDT chart below still points towards a bearish few more days for Bitcoin. The daily MFI, RSI and MACD hint at a continuation of selling below the 50-day moving average (white) 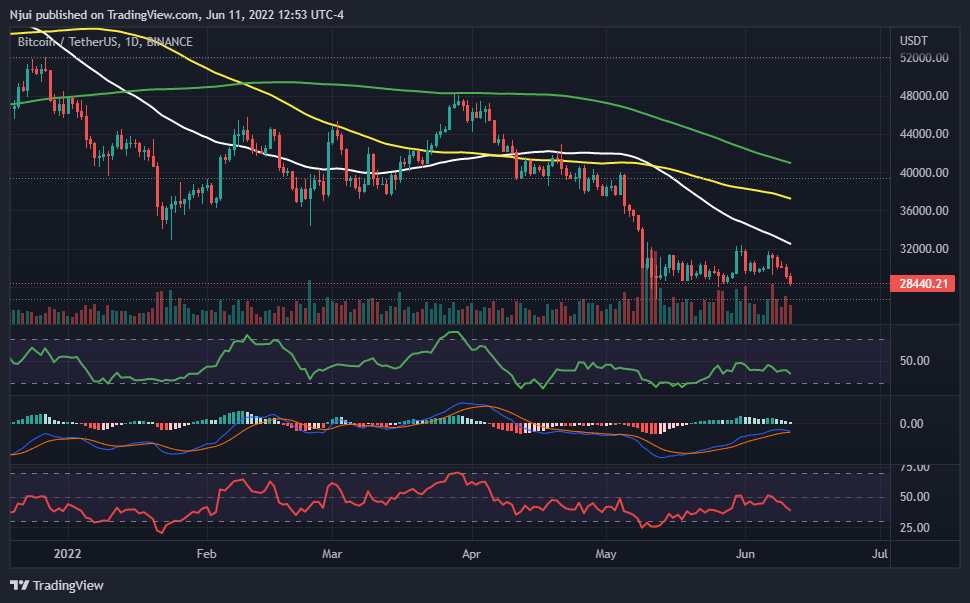 Bitcoin’s 6-Hour Chart Hints that the $28k Support Might Hold.

However, as highlighted below, Bitcoin’s 6-hour chart hints that the selling could find a short-term floor at the $28k support area. 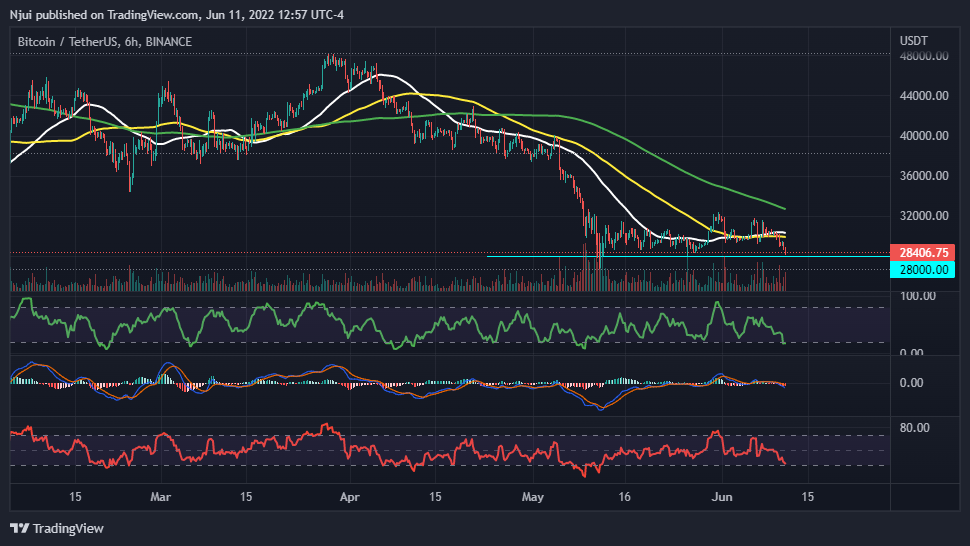 Furthermore, $28k could be a considerable support zone for Bitcoin given that the 6-hour MFI and RSI hint at an oversold scenario. But caution is advised attempting to long Bitcoin at current levels given the low trade volume that is characteristic of weekends during crypto bear markets.

Consequently, a wait and see approach might be a more logical move given that Bitcoin is yet to retest the $26,700 low set during the crypto market sell-off catalyzed by UST’s depegging event in early May.

Snoop Dogg, Justin Sun Up Jack Dorsey’s Web5 by Saying they Are Working on Web6

Why Rich Dad, Poor Dad Author Will Wait For Bitcoin To Drop To $1,100

Bitcoin Slides Under $20K – Another Collapse In The Offing?

What Lido staking dominance may mean for Ethereum’s future

You can make smoothies to prevent or heal so many health problems because fruits and veggies are the best foods in...