The Bitcoin (BTC) price is down another 3% on the backdrop of unfavorable global macros and rising inflation. So if you think that this might be the right time to average, you might want to wait a little bit more.

According to datamish, in the past 2 hours, some large investors (or institutions) have borrow about 1,500 BTC from Bitfinex for short positions. At present, a total of 3,063 BTC have been lent, and most of the short positions are non-hedging.

The world’s largest cryptocurrency Bitcoin has been gripped under strong volatility over the last two weeks. In this period, the Bitcoin price surged past $40,000 levels twice, however, it failed to hold it and has been trading under pressure on the downside.

However, if the massive build-up of the short positions turns true, we can see Bitcoin heading under $35,000 and all the way further to $30,000. Many analysts haven’t ruled out the possibility that the BTC price can once again touch under $30K levels.

Another short lived news rally what is immediately sold off. #bitcoin pic.twitter.com/43TZBm2Zw6

We have seen Bitcoin showing large volatility in the range between $35K-$45K. However, every time it approaches $45K, it faces strong resistance to head lower. Crypto analyst Lark Davis explains:

I don’t think that there is much to get excited about until we see Bitcoin cross back above this zone of resistance, and ideally back above the 200 day moving average. Until then, I will just keep stacking. 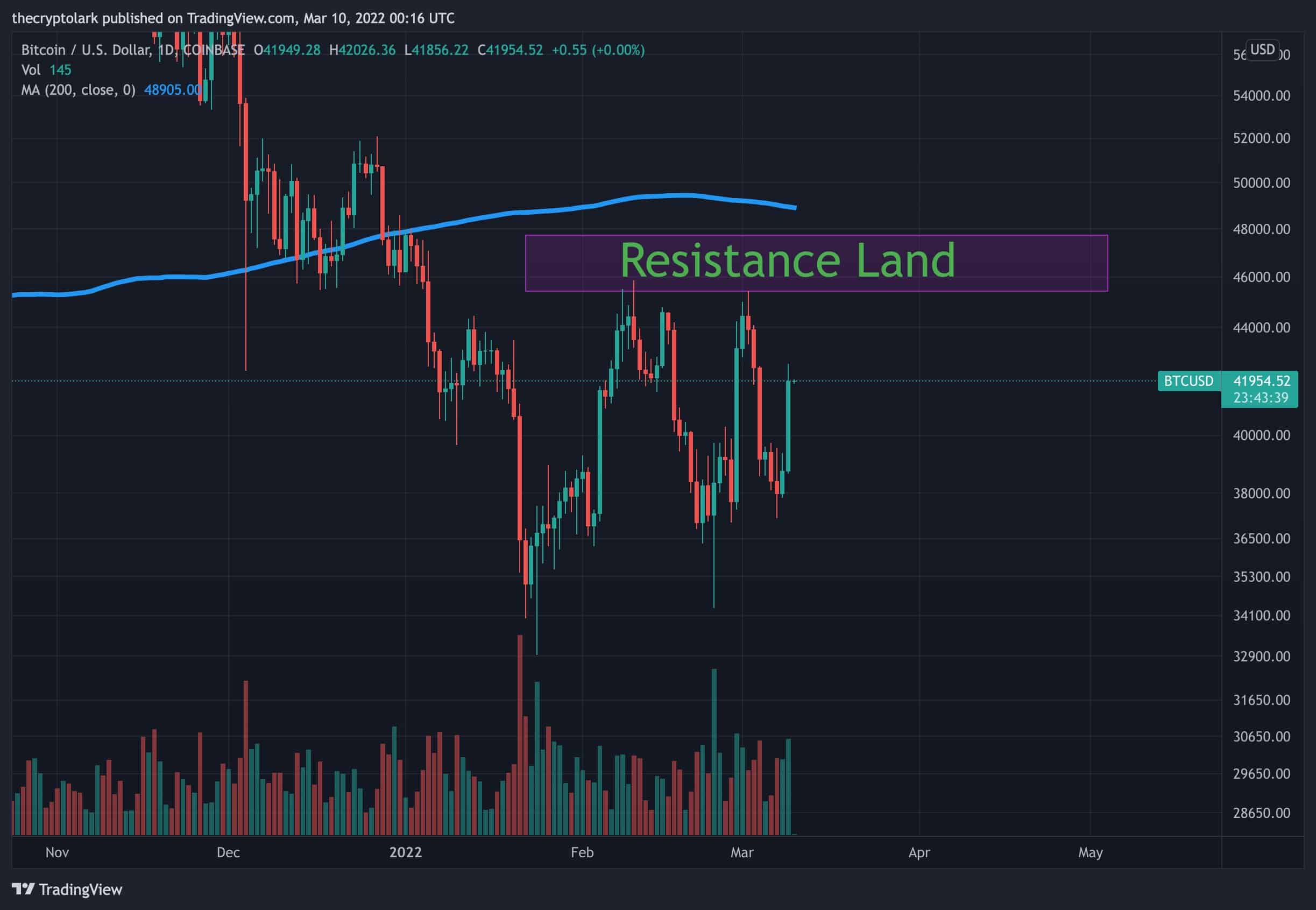 On the other hand, with the growing inflation numbers, the market will continue to be volatile going ahead. The Fed interest rate hikes are expected in the coming weeks and months and this time it could be more aggressive due to higher inflation.

While Bitcoin serves a great investment for the long term, one needs to be patient with all the short-term volatility.

Classic Vegan Coleslaw made with the perfect dressing and ready in 5 minutes. This is the perfect dish for summer...